“So… Why Kazakhstan?” Ah, yes. This is the most asked question from the people I’ve chatted with here and it always places me in an awkward position. I mumble the same: “I was interested in learning about Kazakh culture, exploring the country, and teaching through GTL.” True of course but, for me, deep down, it didn’t matter where I went, but what I learned. Whatever thoughts and ideas I gained about my experiences are purely my own. I’ve had so much time to reflect on the past week and think about the forces of race, background, and privilege at play during my time here.

It’s weird being black in Semey, Kazakhstan. That’s the best way to put it for my own sake. There’s a confusing dichotomy between the welcoming culture of Kazakhstan and the intrusion I’ve personally felt as a black foreigner while in this city. Madi, the foreign teacher coordinator, and my host Mrs. Sandu both advised me to act like a celebrity given about being such a rarity in a smaller city like Semey. Though, celebrities have done something at least – whether by being talented singers, acting in some hit TV show, or fashion icons. All I do is walk around while black and a few of the locals are excited to snap a photo with me.

At first, I found the whole thing amusing. However, soon when I would simply be out having fun with others from the school, and be forcefully grabbed, surrounded for pictures, or recorded without permission my amusement turned quickly into discomfort and anxiety. I wanted to remain more upbeat about this topic, but it’s a reality. Venturing into areas that historically have not seen people like ourselves can make us prime photo targets.  It made me feel like I was reduced to what others see on the surface – some random black foreigner that would make a great Instagram post – instead of, you know, a real person. Always amongst a mixture of either Russian or Kazakh, I’d hear the word “photo” and instantly recognize what someone wanted from me. Thankfully, just a select few ask for photos and an even smaller percentage come across as rude.

So, I’m still learning not to take things so personally because that isn’t the intent of the locals here. I try to remind myself of this country’s history. Kazakhstan is still dealing with the effects of life as a former part of the closed off Soviet Union. The older generations are not as connected to the outside world as the youth are now. They’re curious and enthusiastic about what they’ve never seen in real life before – and that just happens to be me.

This experience makes me grateful for my host and the Nazarbayev Intellectual School where I get to teach. Mrs. Sandu practically protects me and at one point ushered me into a bathroom so I could put on my coat in peace. Her home includes her mother, her two cute little boys, her husband, and occasionally friends – all of whom have treated me with so much respect. NIS is like a safe haven too – the only place besides my host’s home where I go about my business freely. The teachers and Madi are all super supportive of my ideas and lesson plans. I’ve met another black woman, Mrs. Antoine, teaching at the school and many of my experiences mirror her own. She came with her natural, curly, and thick hair and then straightened it due to how many people touched it out of curiosity. In time, she’s regarded rude photo behavior with an ease and sense of humor that fits her personality. I felt better when she mentioned that my added presence meant that the next black person who visited was unlikely to face as much with adjusting to life in Semey.

The students of NIS are equally amazing. They have interacted with foreign teachers in so the past, so they simply say “Hello” and move on. I love it! I’ll always be a foreigner while here, but at least for a little bit, I can feel more normal.

I’ve learned a lot from being away from a life that includes the American and MIT bubbles. I hadn’t thought much about the privilege I’ve gained simply from being part of those two worlds until I came here. I’m fortunate that I am, as Mrs. Sandu would say, “globalized.” If Semey has taught me anything, it’s that I’ve taken my knowledge and experiences of the world for granted. Also a blunt American expat teaching at NIS pointed out, being MIT students mean we will likely end up successful. It has made me realize that despite how hardworking and intelligent students may be at other schools and in other parts of the world, they may not have the same opportunities that we have at MIT and in the US. Many students here live with much more uncertainty.

Even with these issues, I don’t at all regret traveling here. In fact, I want to keep traveling in the future. I’ve had so many firsts and fun experiences that overshadow everything else. For example, I tried horse meat for the first time through the national dish called Beshbarmak, went skiing and sledding, learned some traditional Kazakh dance, and learned how to stitch cool things. There’s so much more I have yet to try. I may not be great at most things I’ve tried, but I’ve really enjoyed doing what I would have otherwise never have done. I’m curious about what the next two weeks will hold. 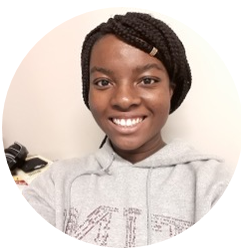 Stacy is a first-year planning to study Mechanical Engineering and Sustainability & Global Development. This independent activities period she taught chemistry and leadership to high school students in Kazakhstan as part of MISTI Global Teaching Labs (GTL). 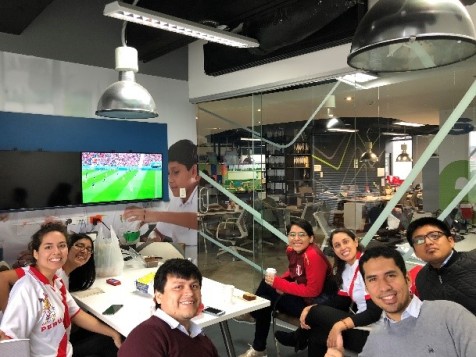 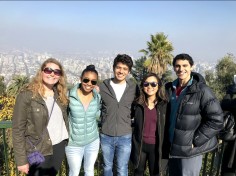 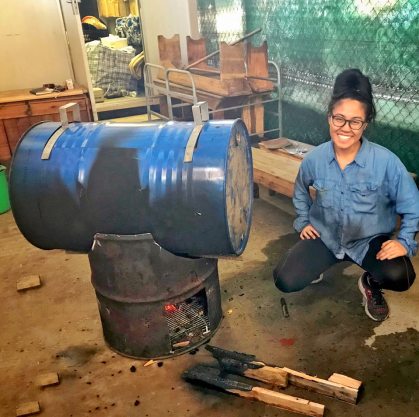 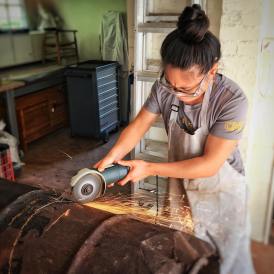 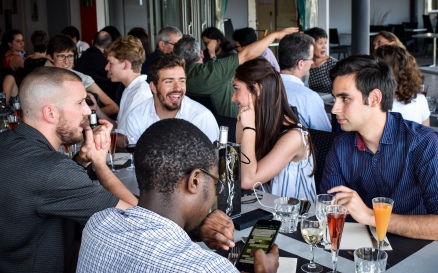 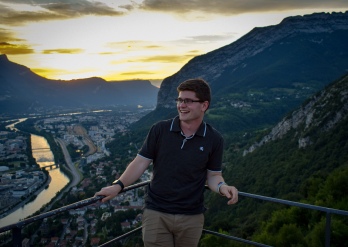 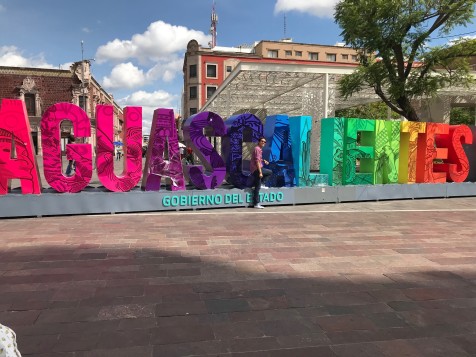 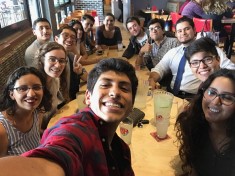 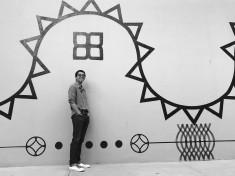 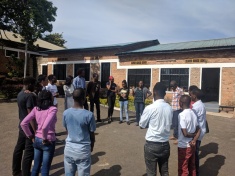 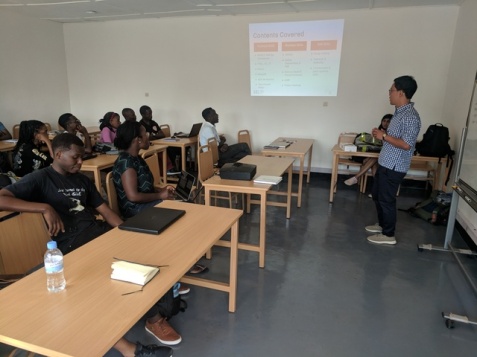 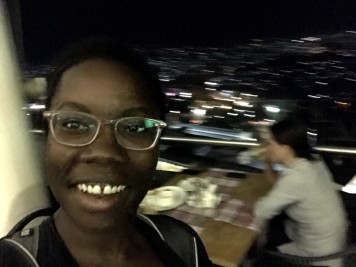 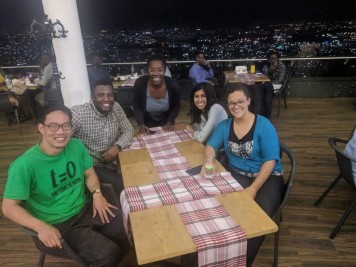 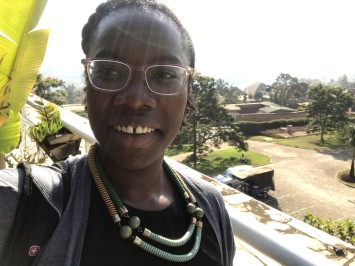 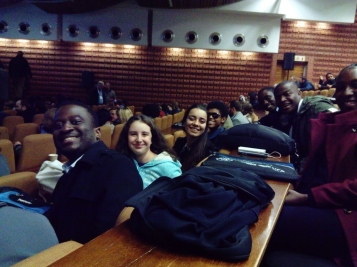 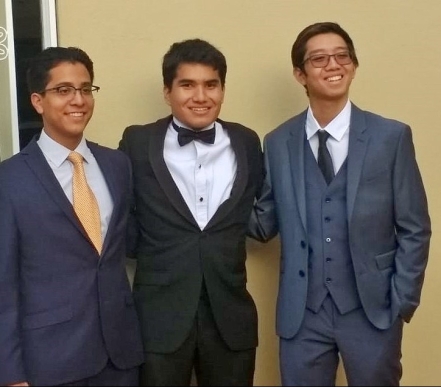 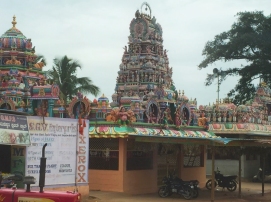 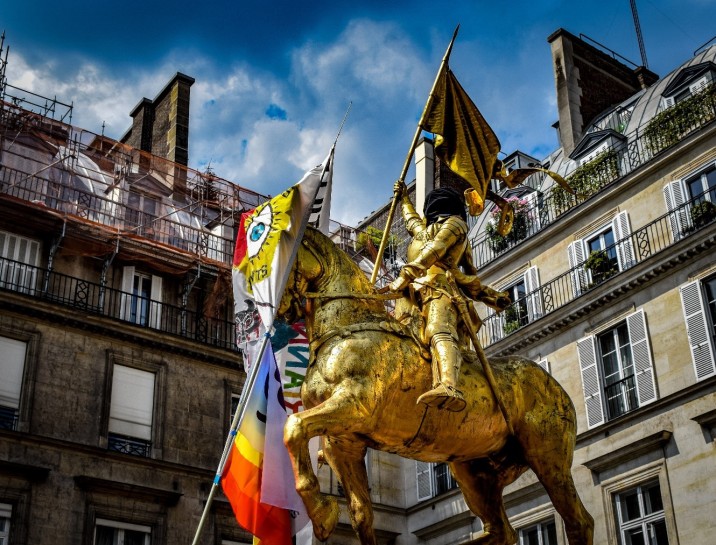